I grew up a reform secular Jew in the 50’s & 60’s in The Beautiful Pacific Northwest. Jews at this time were shell-shocked, blown up, and paranoid. Quite a reasonable reaction to Hitler and his merry band of sociopaths who had focused Germany’s superb engineering and manufacturing expertise on wholesale genocide of a people. While much of the world turned a blind eye, it didn’t help that in my hometown, Portland, Oregon, had barred Jewish people from entering prestigious clubs or put quotas on Jewish members within their groups. Adding insult to injury was seeing the NAZI symbol’s painted on Temple Beth Israel, Portland’s Reform Synagogue. The temple of my youth.

My religious training as a reform Jew was bookended between, and focused on, the Holocaust, and Brown vs The Board of Education. Genocide, and the end of discrimination. Total, complete equality with a solemn promise of “Never Again” at the forefront.

My struggle was: Is there a God?

Living Jewish in the 60’s & 70’s was an out of body experience. I was surrounded by different sects of Christianity, all competing for who had a closer, or better, relationship with god. In high school, I sang and acted on stage with many LDS, then called Mormons. My best friends were Mormons. Some still are. Throughout school, we were asked to form lines, by first initial of your last name. There were two Jews, both with last names beginning with R. From second grade through high school graduation. Just the two of us, Jews.

My search for god took me many directions, down many paths. I came to the point in my mid-40’s where I felt I had to make a decision. Time was a wastin’ and the heat was on. I considered myself a Jewish agnostic (Jewish culturally, agnostic on god). The fence sitting was a pain in the ass, and I really needed to resolve this issue, as it truly is existential. By definition. 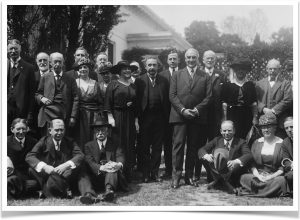 It was Albert Einstein, a German Jew, who came to my rescue. And then, the unlikely, ubiquitous, seed. Einstein struggled with God’s existence, until he didn’t.

“The more I study science, the more I believe in God”  – Albert Einstein

And so, it was done. If it was good enough for Albert, it had to be good enough for me. I accepted God’s existence. While relief came with acceptance, doubts persist. It’s normal. And then, there is the seed. Consider the intelligence of a seed. Trillions of seeds fall from billions of trees each and every year. A small percentage of those seeds survive and grow to become massive noble trees living centuries. How do seeds know to do this? Further complicating matters is the sperm & egg duo; quite the pair these two, whose biological outcome is humanity. Random? Really? Does that make sense to you? In your gut?

I have noticed two groups of people in this time of pandemic:

Group 1 is outraged, afraid & angry. They are literally filled with rage at this horrible contagion and are looking for a head to scalp. There must be someone to blame. Their channeled focus is set to “outrage” all the time, 24/7. As an outsider looking in, that level of fervor is exhausting and I can’t imagine how they feel.

Group 2 is calmer, more circumspect, more open to mistakes and missteps of our leaders because the calamity is new. Unchartered waters. This group is more easy-going on the whole affair.

The difference is faith. If you have no faith, if you believe this is all there is, everything is outrageous. And why wouldn’t it be. The Pandemic sucks. Life can be extremely hard. If there’s nothing beyond this life, there is no hope. None.

In this moment of chaos, I have faith. My faith precedes today’s chaos and endures to the end. And then there is the wonderous seed, that with warm soil, water and sunlight, grows into the massive noble fir. The gap between, to me, is proof of God’s existence.

“Science without religion is lame, religion without science is blind”  – Albert Einstein

And the little Jewish boy inside, who argues incessantly, about everything, has calmed down. He’s come to a conclusion. He believes God exists and is satisfied he’ll know more when the time is right. But he tells me, if he’s wrong, “Hey, what’s the downside?”

Or what do you have to lose….